Although generally speaking the vast majority of DWA’s releases come and go on schedule, inevitably every year there are one or two exceptions – particularly when it comes to vinyl, which as a medium not being widely produced is therefore more difficult to source reliably.

At the start of this year we faced some truly horrendous delays from one supplier (unsurprisingly DROPPED afterwards) with regard to the 2LP version of “CygnosiC” – which completely destroyed months of planning and publicity. And just recently, a slight ‘mare with the sleeves of Rave The Reqviem‘s “Is Apollo Still Alive?” the first batch of which we had to reject because of cracking on the folds, and a real horror show with the initial pressing of Die Sektor‘s “These Broken Shields” which came back simply infinitely looping a voice saying “I Am” over and over… (although these might be considered “collector’s items” in their own right SORRY we are simply going to SHRED all 200 of them to avoid any mix up with the second CORRECT pressing!)

Fortunately we have nothing like that to report – just an update on the production status of a couple of vinyl titles that are presently lagging a few weeks behind schedule: (1) C-Lekktor‘s “Radioakktivity” 7″ and (2) Nitro/Noise‘s “Censorsh!t – The Remixes” 12″.
In both cases, the vinyl itself was already delivered – and is currently lodged at our EU distributor Audioglobe’s premises in Italy. While historically-speaking it has usually been the vinyl itself where we experienced delays, this time in fact it has been the printing of outer sleeves – which have been produced separately. All that remains in both cases is for one to be united with the other – records into sleeves – and pre-orders will be shipped, with general release following…
To this end, we are now shipping sleeves to Audioglobe, Audioglobe are now shipping us vinyl…and we would like to thank everyone waiting on pre-orders of both these records for their patience, which will soon be rewarded (think “a couple of weeks” from today, as estimated remaining delivery time).

Overall, having now run through no fewer than FIVE separate suppliers for vinyl, we seem to have arrived finally at a fairly reliable source – which in turn may mean a few more titles being announced on vinyl in the near future.
“Watch this space” 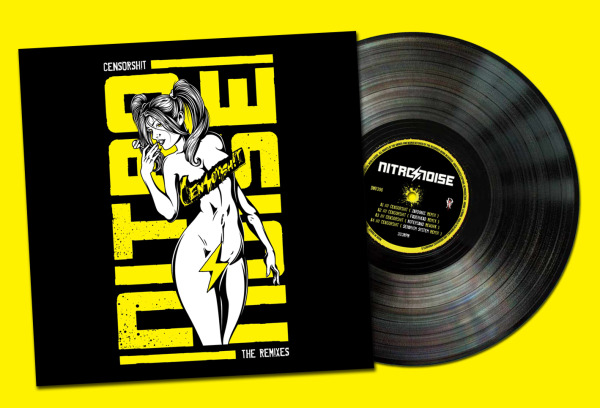