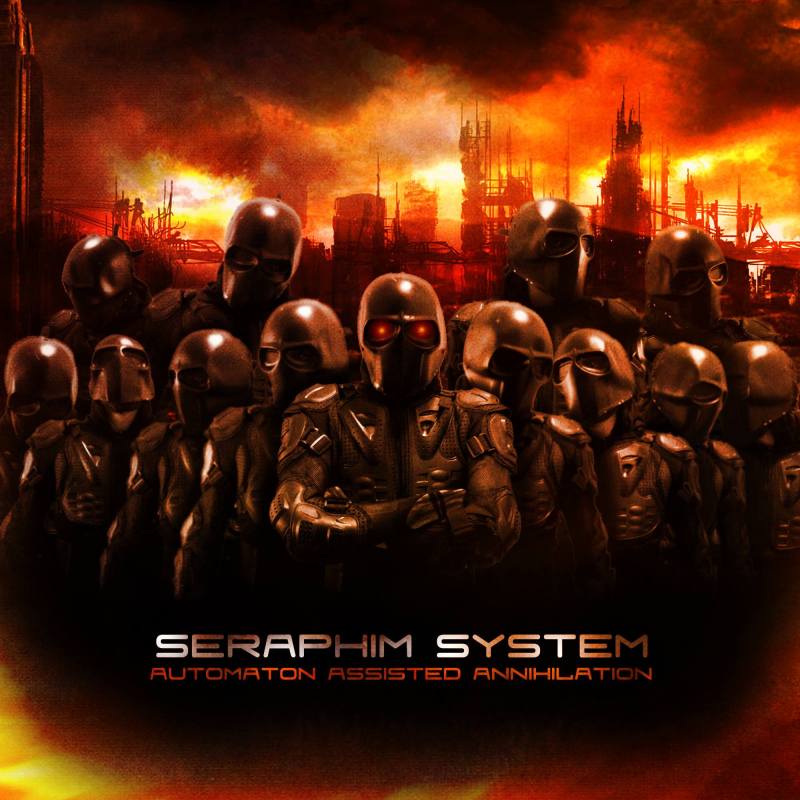 A maelstrom of industrial, drum’n’bass, dubstep and even elements of metal – while in terms of lyrics, songtitles and presentation focused on sci-fi – the universe of SERAPHIM SYSTEM is one where influences from industrial acts like Combichrist, Grendel and Noisuf-X merge smoothly with those from hip hop artists such as Immortal Technique, NWA and Public Enemy.

Signed following a slew of impressive self-releases, official debut album for DWA “Deadly Force” (2015) and its subsequent singles brought Seraphim System international interest and an offer to open one day of the UK’s Resistanz Festival in 2016.

This follow-up album “Automaton Assisted Annihilation” (mastered for maximum bass-in-your-face by Jan L at X-Fusion Music Production) adds greater elements of hip-hop and consequently a more substantial use of vocals – as SERAPHIM SYSTEM’s BL4KJ4K puts his own spin on the swaggrotech sub-genre being pioneered by fellow DWA artist RUINIZER. Wittily nihilistic, this is BL4KJ4K at his blackest, bleakest and most beautiful – and taken song-by-song the tracklist even lends itself to interpretation as the overarching narrative of an alien-induced extinction event…

The first edition of “Automaton Assisted Annihilation” on CD comes in 4-panel digipak and features an exclusive bonus section of remixes from CHAINREACTOR, SIRUS and ISZOLOSCOPE. Strictly limited to 300 copies worldwide!

Preview the tracks and pre-order the limited edition CD at a discount of 20% OFF the final retail price HERE:
http://dwa-digital.com/album/automaton-assisted-annihilation