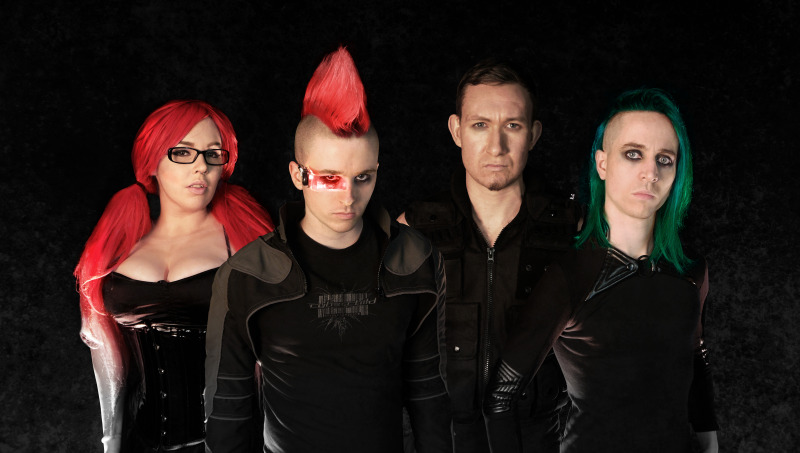 Australian 4-piece cyberpunk act SIRUS are back with a breathtaking new album that exceeds all expectation and almost defies description.

In their homeland, SIRUS have opened for bands like Combichrist, Hocico, Grendel, Aesthetic Perfection and God Module – and this year made their European live debut to a rapturous reception at Resistanz Festival UK.

An energetic fusion of contemporary electronic styles, “Satellite Empire” is a superbly futuristic-sounding production. From the opening salvo of “Surveillance State” and “Full Scale Revolt”, through to the mournfully beautiful closing ambience of “Surfacing”, this is an album that truly defies simplistic categorization, and which redefines the boundaries of what “industrial” can aspire to be in this 21st century.

Forget finding here a record full of 4-to-the-floor tracks at one BPM from start to finish – this is an intricate album that segues smoothly and effortlessly between styles and tempos, sometimes even within many of the songs themselves, without ever missing a beat.

The CD first edition of “Satellite Empire” comes in 4-panel digipak and features 3 remixes exclusive to this CD-version – by iVardensphere and previous touring buddies of SIRUS in Australia Grendel and Aesthetic Perfection. Strictly limited to 300 units worldwide.

Usual DWA 20% “Hayawari” pre-order discount applies until day of release: save $3 off the usual $15 USD price-tag and grab yourself 3 tracks NOW as immediate free download while you wait:
http://dwa-digital.com/album/satellite-empire

There are not many acts out there capable of reaching this level of ingenuity and production quality, let alone sustaining it over the course of an entire album of epic song-structures averaging 6 minutes each – but with this second album for DWA, SIRUS have come of age…and their empire is at hand. See the official trailer, in its full cinematic glory, on our DWA-TV YouTube Channel:
https://youtu.be/3tNOzcEQ00U

“Satellite Empire” will be released worldwide on November 6th…