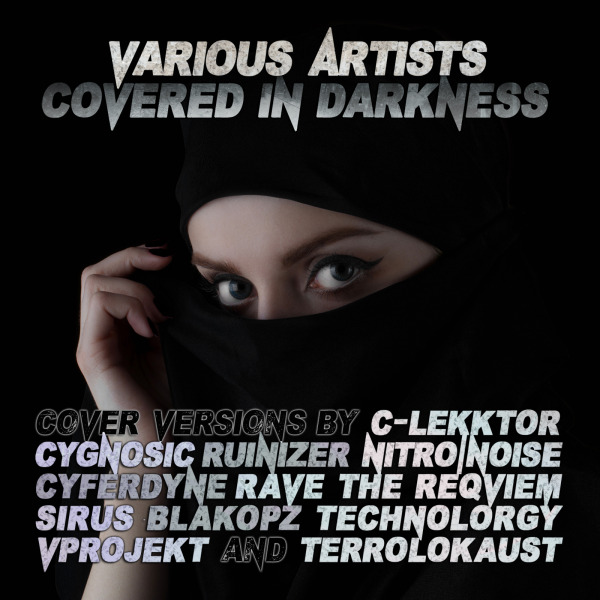 Every year at DWA we manage to find some new spin on the concept of compilation albums – and 2015 is no exception!

We present you with an eclectic collection of cover versions originally written and performed by 80s icons A Flock Of Seagulls, Army Of Lovers, Depeche Mode, Beastie Boys and Den Harrow, 90s alt rockers Deftones and Korn, industrial scene legends Grendel and And One, dating back as far as 1975 with seminal electro pioneers Kraftwerk all the way through to Nicki Minaj shaking her booty just a couple of years ago.

And yes “present” might just be the key word here – because you can pick this up for JUST ONE LOUSY US DOLLAR if you feel so inclined!

Well over a couple of years in the making since the original idea started being floated around the DWA roster, the level of satisfaction at this finally seeing the light of day is palpable…
Bands known principally for electronic music like vProjekt and Technolorgy reveal their talents on more traditional guitars and drums, acts like Terrolokaust and Sirus known for their electro style tackle 90s alt rock anthems…

Including 8 tracks previously unreleased, and by popular demand an instrumental mix of CygnosiC‘s massive international hit “Mad Desire”, we bring you THE soundtrack of the summer 2015…all for as little as JUST $1 or however much you may think it is worth…

ONE DOLLAR?!?!? WHAT are we talking about?
Well, we set the minimum price for downloading this album to $1 rather than “free” because EVEN IF you give “cover” songs away free you STILL have a legal obligation to pay the composer(s) of each track the statutory $0.091 due under Mechanical Copyright laws. On an 11 track album that adds up to just over $1 – so that is just our minimum legal obligation, not even considering any “production costs”.
“SO HOW MUCH SHOULD I PAY???“.
Well, $1 at least please – so that we don’t have to. But if you really want to know what we think would be “fair: “SUGGESTED PRICE: $5“.
Hey – we’re even virtually giving it away for that price on CD, let alone as a download…